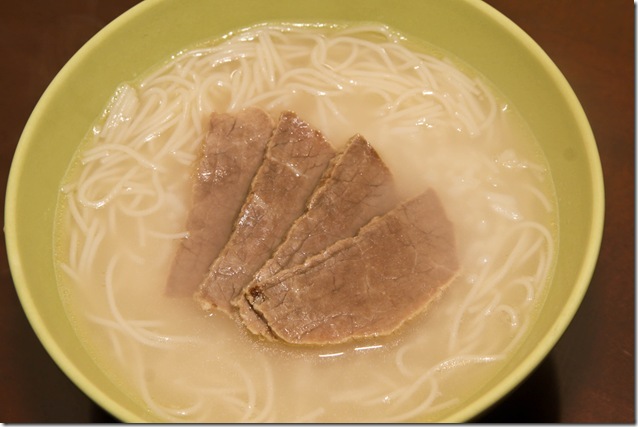 I made do-gan-neeh (basically same process as gom gook using different parts of the cow – in this case, cow knee bones) tang yesterday and added some beef eye of round into it as well.  I took a big piece of beef eye of round and added it to the boiling broth.  When it was just under two hours, I removed the beef and let it cool down.  Once cooled, I took a large, sharp knife and sliced the beef pieces like so.  I threw it back into a smaller pot and kept boiling it until it became VERY, VERY tender… 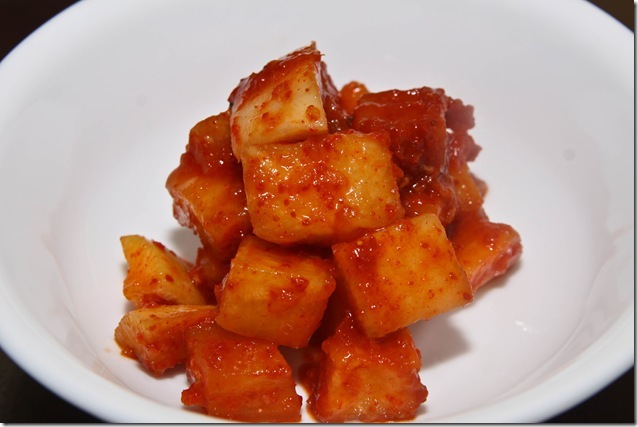 My ggak-ddoogi is only a day old, but I prefer fresh kimchi. 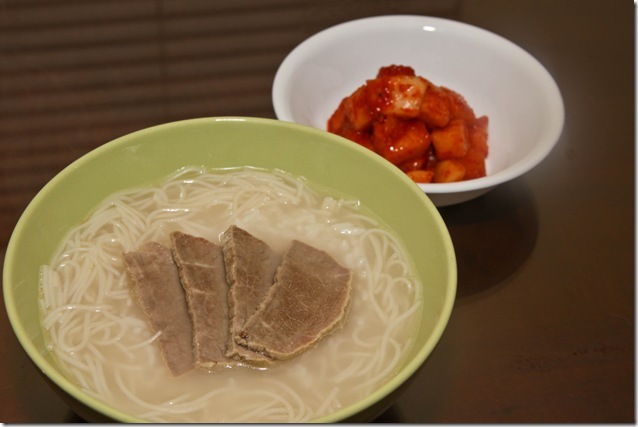 I also cooked up some somen noodles and added it to the bowl with rice. 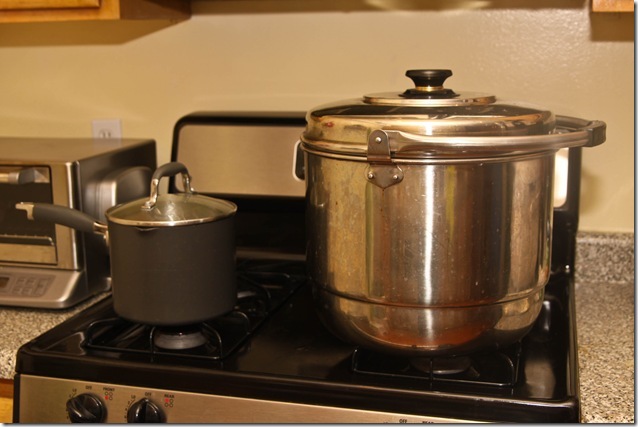 Whenever I cook beef tang I use that huge pot and fill it to the brim with water.  The key to a milky, white broth is making sure the heat is not TOO high.  You want it just barely boiling for 24 hours… 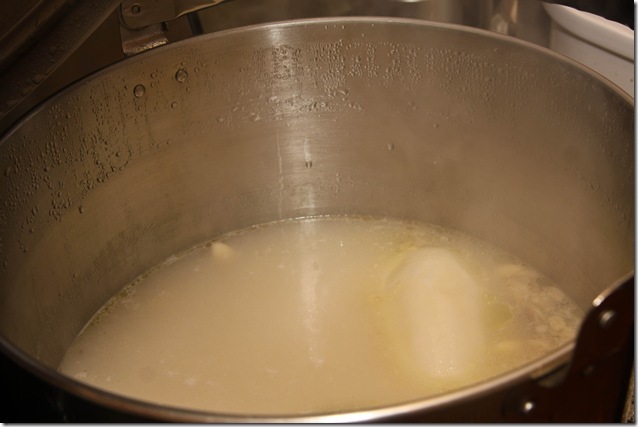 My broth always ends up being less than half of what I started with. 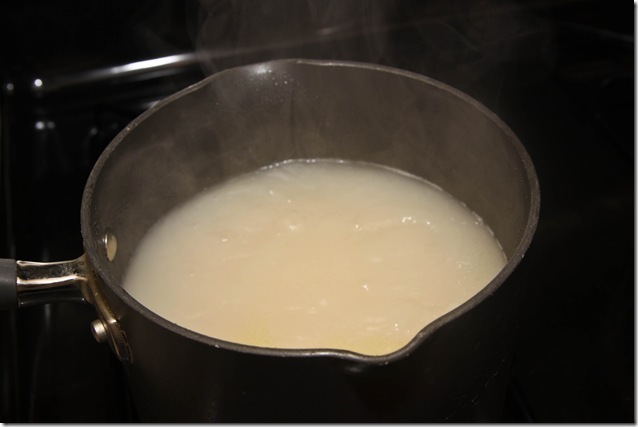 In a smaller pot, I add a few bones and then take apart all the tender meat and keep it in there for easier access to the meat.  Both Munchkin and I ate this for breakfast and dinner today so I took the leftover broth and put it into the refrigerator.  Tomorrow morning I’m going to skim the fat off the top and then freeze some of the remaining broth for quick and easy meals for the future.

Anyhow, if you’ve never tried it you should try and make beef tang with cow FEET.  It’s not for the squeamish, but the resulting broth is really rich and creamy – like sulungtang.  =)

Posted by Korean Cuisine at 8:50 PM