Note: You can add the egg directly into the soup. I live with a man who absolutely detests eggs, so I tend to always make any eggs "on the side".

I made Yook Gae Jang today. I bought all the ingredients earlier in the week, but didn't have time until today to make it. Here's a grocery list of what you need: 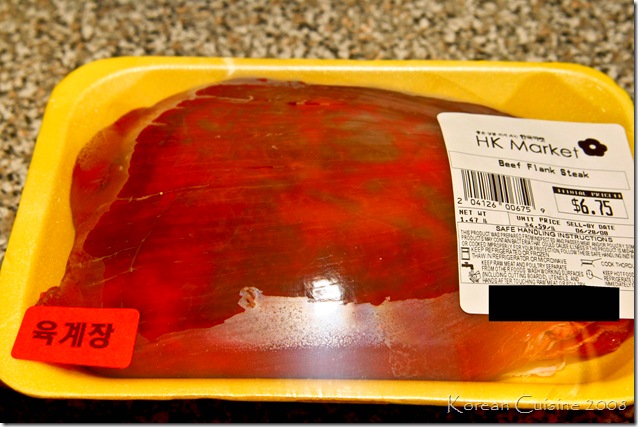 I've seen this meat sold at Ralphs also, so you can go there and buy it too. I'm sure you're sick of me writing this......but drain the blood by letting it sit in water. 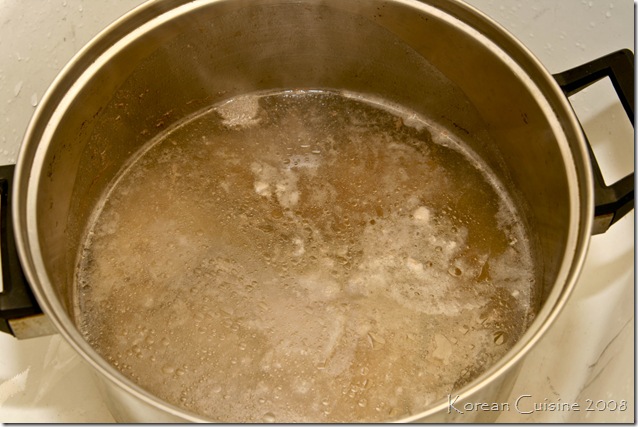 Throw the meat into a pot with just enough water to cover it and let it boil. After a couple of minutes, turn off the heat, throw the water away, and wash the beef off. Give the pot a cleaning at this point also and refill with clean water. Once the water is boiling, throw in the beef again and cook it for ONE hour. 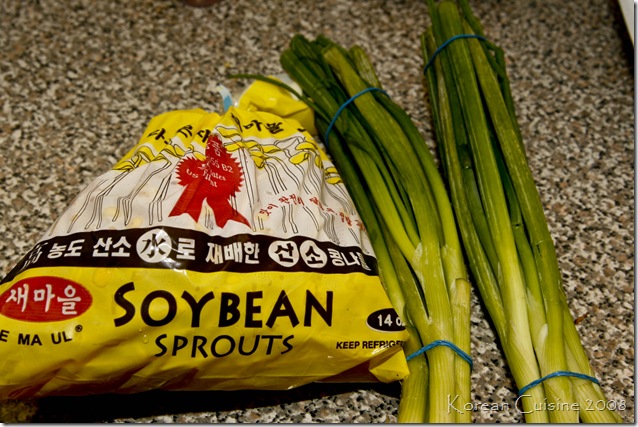 While the beef is boiling you can get your other ingredients ready. 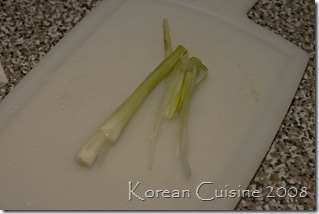 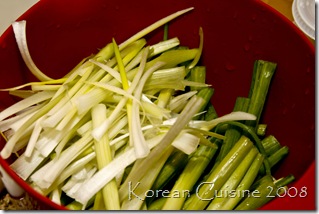 I cut my green onions into thirds. I use the the green part whole, but I like to cut half the white part because it's kind of thick. 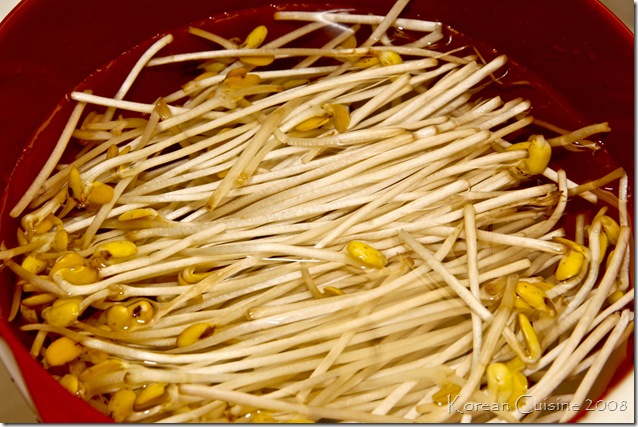 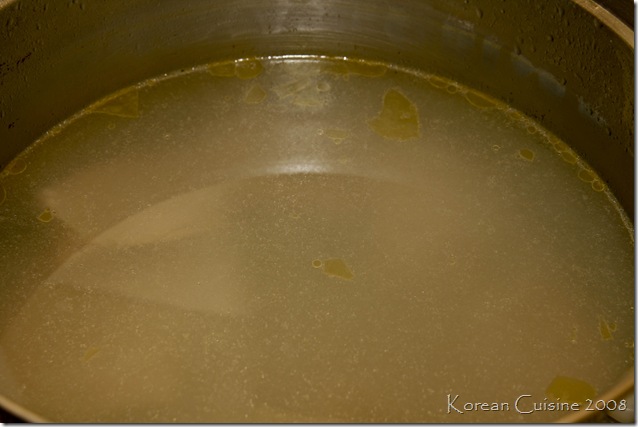 After the meat has cooked for an hour, turn off the heat and pick out the meat pieces. Reserve this broth! 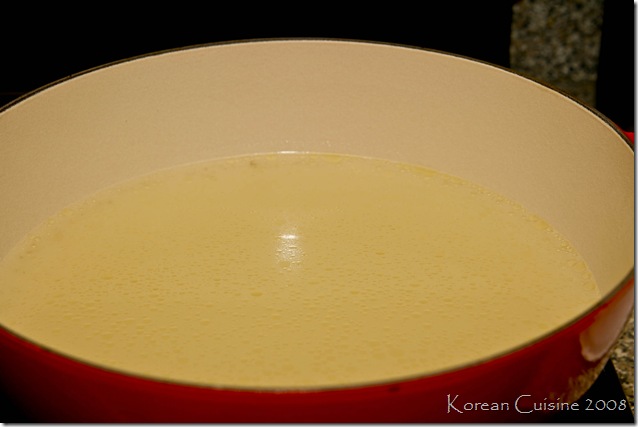 Normally, I don't measure and just transfer the whole pot, but I know some people are Type A and need exact measurements. This is 10 cups of beef broth. If you have less, don't worry about it and just substitute with water. It's not a big deal. 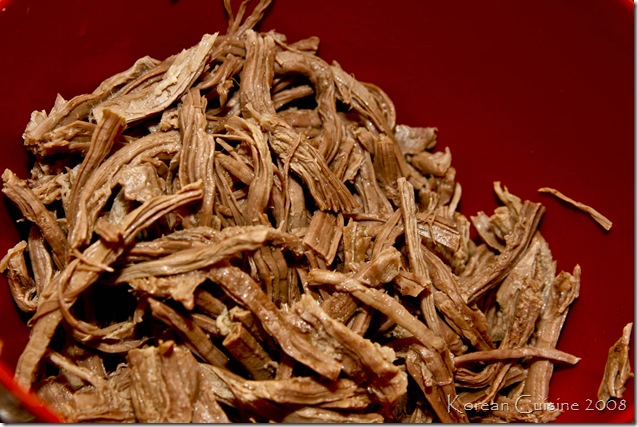 Once the beef has cooled down (or you can run it under cold water to speed the process up) shred all the pieces by hand into edible sizes. If you have cooked it long enough, this is an easy process because the meat has softened up. 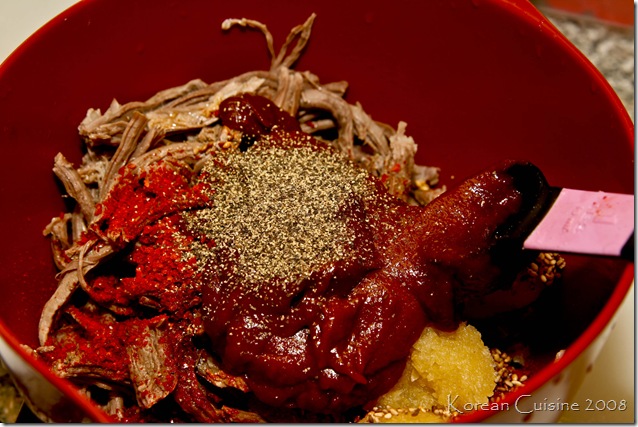 Then season the meat with the following: 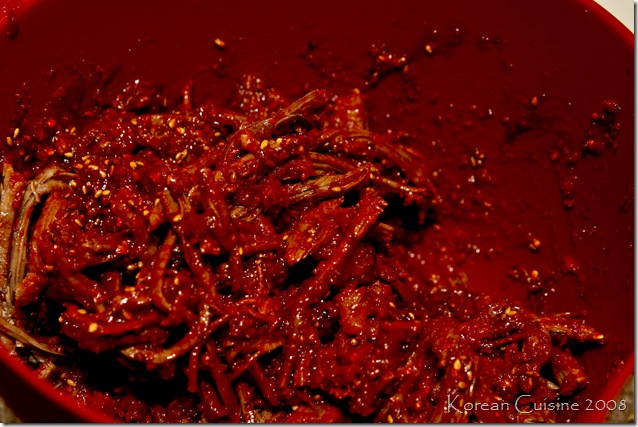 Toss it around a little. 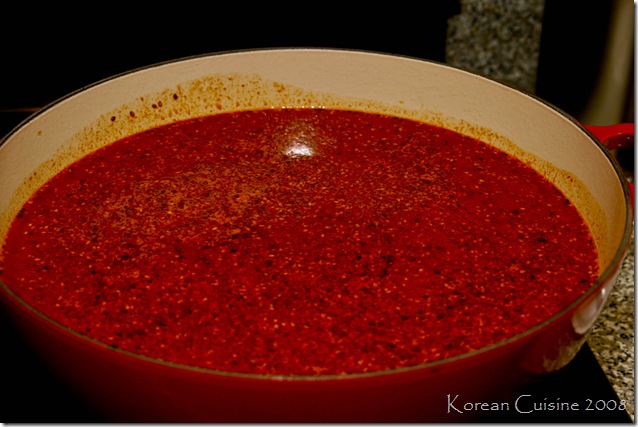 And add it to the boiling beef broth. Just by looking at it, I knew I would need more water.... 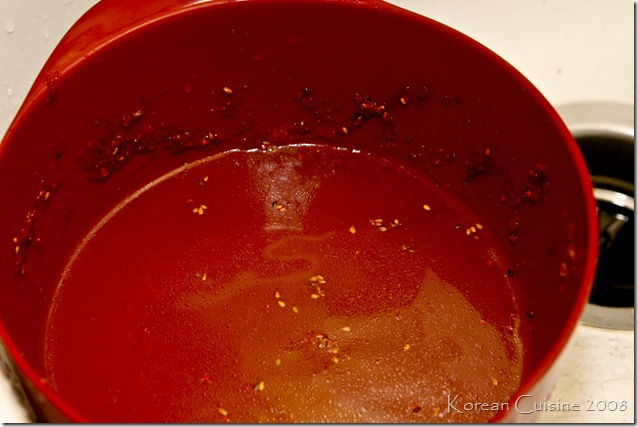 So I added 8 cups of water to the same bowl (to get all the seasonings) and added it to the soup. Total liquid is 18 cups so make sure to use a pot big enough. 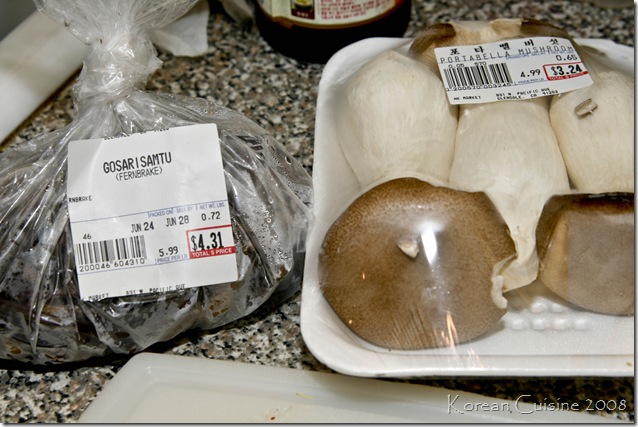 While waiting for the meat to boil, you can ready your fern bracken and mushrooms. I always try and buy fresh fern bracken, but sometimes it's hard to find. You have to cut off about 2 inches off the bottom of it because it's really tough. In the end you only end up using about half of what you bought. 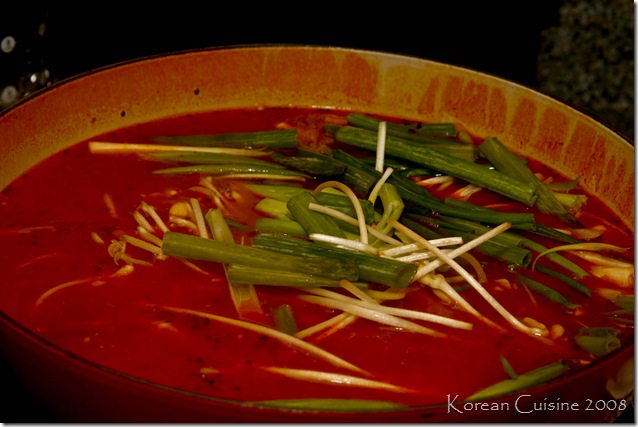 Once the beef starts boiling, add the green onions and bean sprouts and CLOSE THE LID. Let it come to a boil and leave it for about 10 minutes. 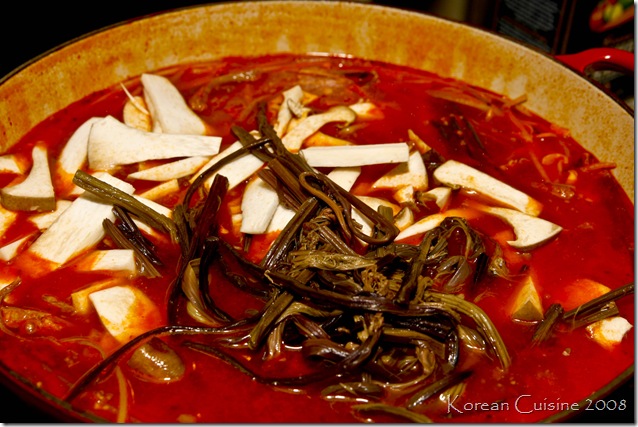 Then add the fern bracken and mushrooms and let all of it boil for up to ONE hour. You have to cook it for a long time in order to get the thick Yook Gae Jang broth...if you're in a hurry (like we were today) you can eat it after 30 minutes, but it doesn't taste as great. =) 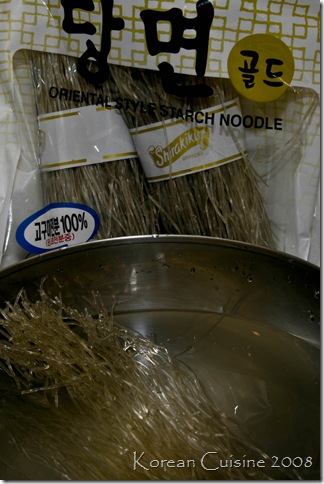 While you're waiting for the soup to be done, you can soak your dak myun in water. I then boil it in a separate pot and just add as much as I want when I eat it. You can add it directly to the Yook Gae Jang, but then by day 2 it gets all yucky. 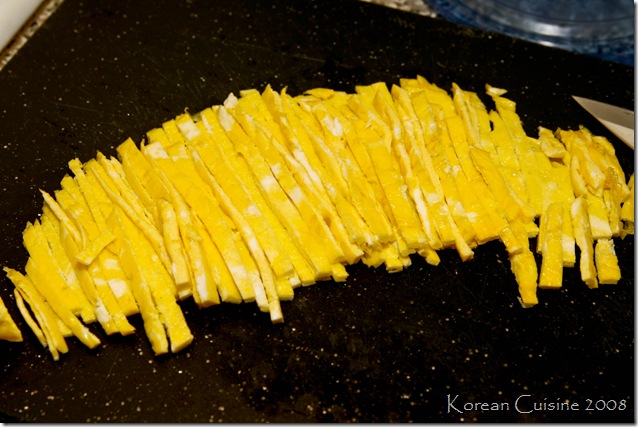 I fry my eggs and slice it thinly. Again, you can add raw egg directly to the soup and let it cook in there. But the MR doesn't really like eggs, so I always leave it on the side. 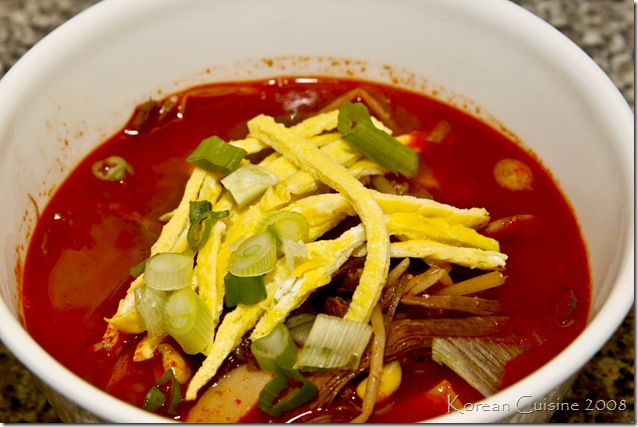 When the soup is done boiling, garnish with the egg and some green onions and you're ready to eat! 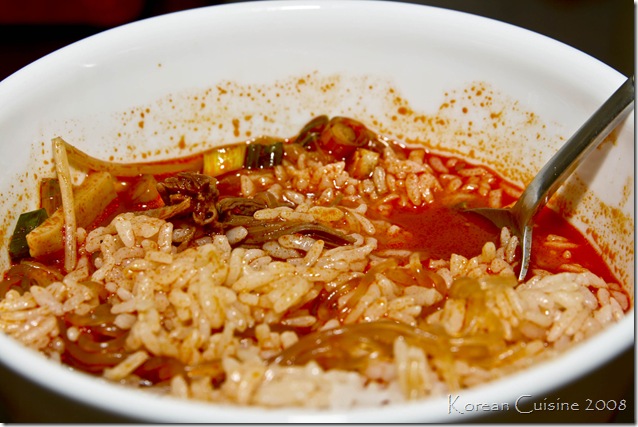 I always add my rice directly to it. Yook Gae Jang is a little time consuming, but I always make a HUGE batch and we just eat it for the next 3 days (making sure to boil it 2-3 times a day). The MR eats A LOT, so somehow we end up finishing it all. Enjoy~~~

Over the weekend I will add a Beh-choo Gook recipe! I'm not exactly sure who's visiting this site, but in the 7 days I have been up and running there have been 139 unique visitors! Who knew Korean food was this popular? Thanks, people! =)
Posted by Korean Cuisine at 6:40 PM