While in Korea, my cousin made a delicious chicken recipe for me that I immediately asked her about.  Of course she didn’t give me exact measurements, but I copied her dish to the best of my abilities and I think it came out pretty well.  I have to admit though that my cousin’s tasted better.  Maybe it’s just me, but I always prefer someone ELSE’S cooking to my own.  =P 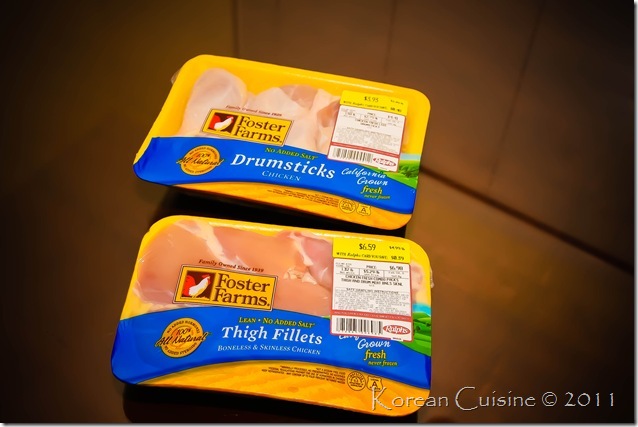 Although I had half a defrosted chicken in my fridge, I felt a bit unsure about using it since it had been in my fridge a few days.  =/  So I threw it out and went about bought some chicken today.  Better safe than Salmonella.  =P 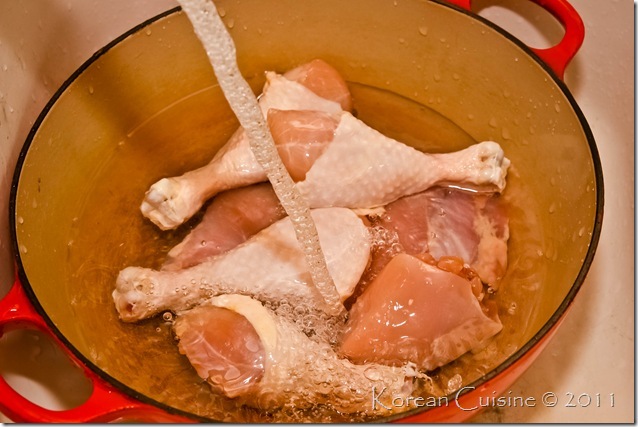 First, give your chicken a nice bath.  I used four drumsticks and three boneless thighs.  This was enough to feed two kids and two adults. 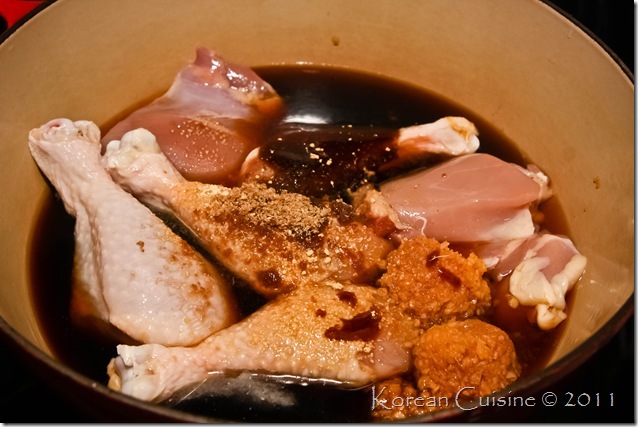 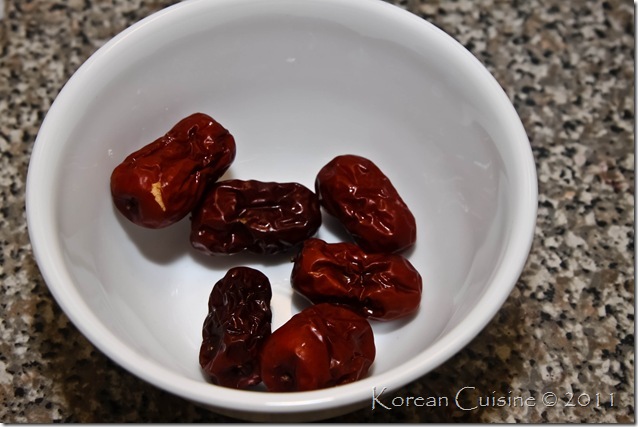 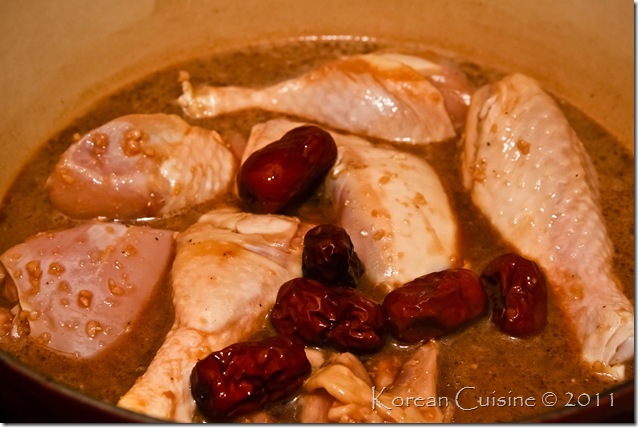 Throw in the dates once the water starts to boil… 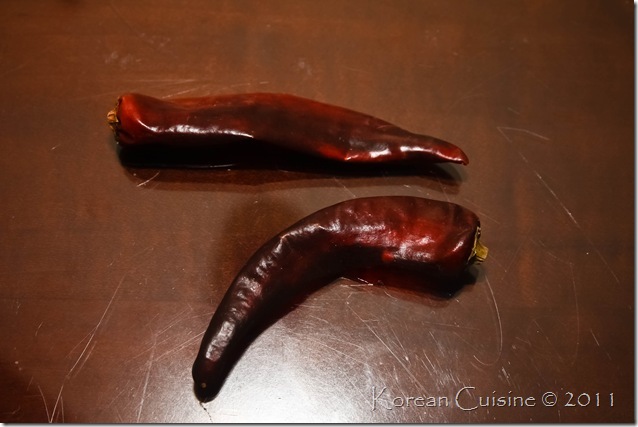 I had some dried red peppers so I added those as well. 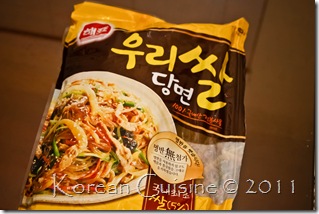 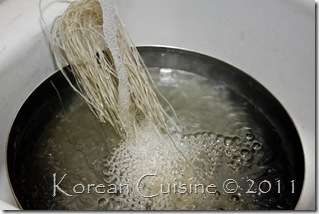 Meanwhile, get some glass noodles ready. 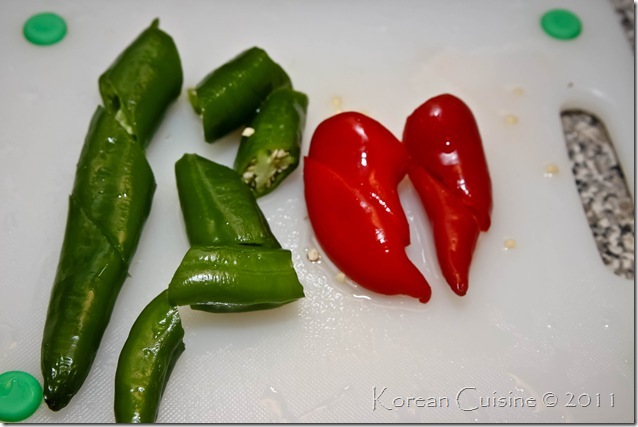 I also added some green and red peppers. 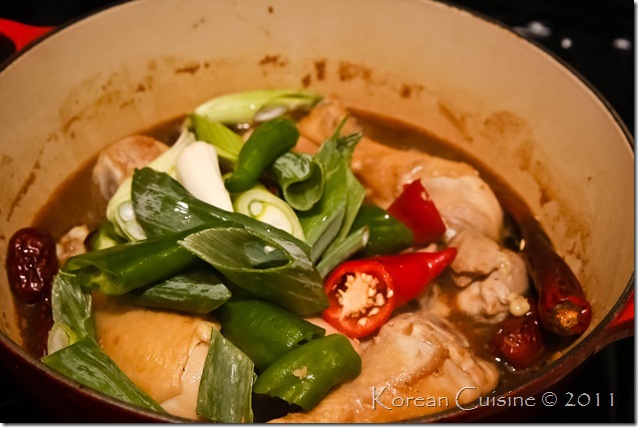 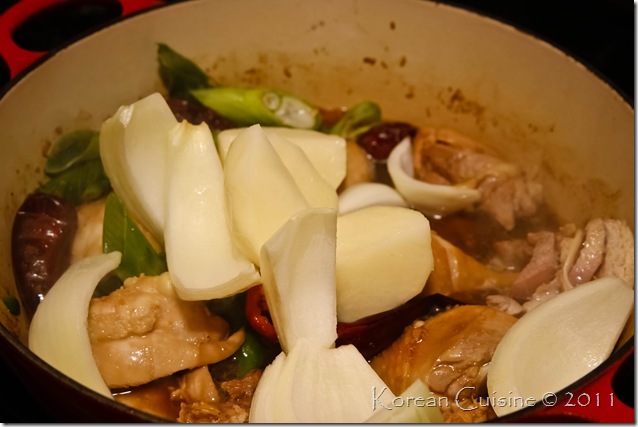 Add some onions and potatoes. 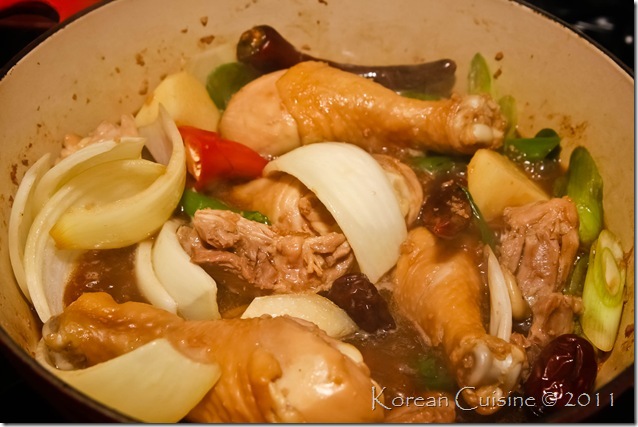 Let everything cook for about 20 minutes… 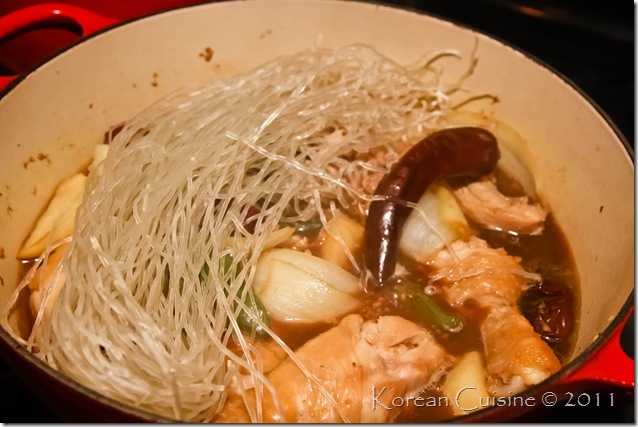 And then add the glass noodles and let it cook until the noodles are done. 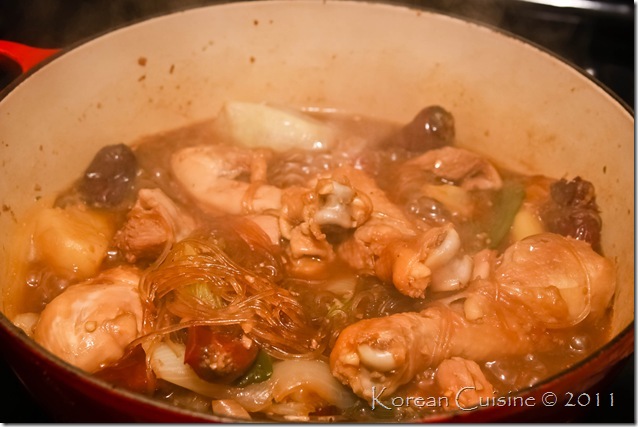 As soon as the potatoes and noodles are done – you’re ready to serve! 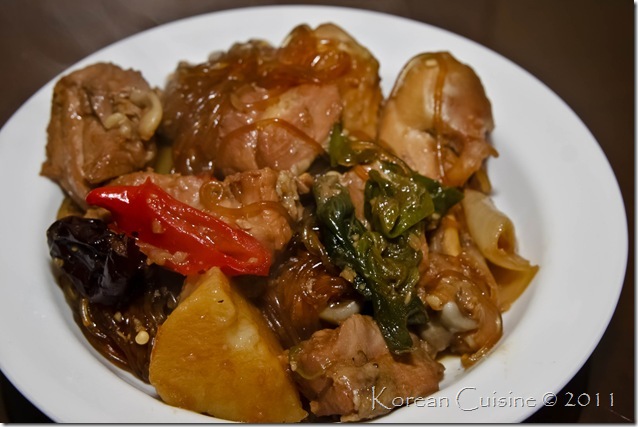