One of my current obsessions right now is the Korean drama called Brilliant Inheritance (찬란한 유산). In one of the episodes the main character makes Steak Bibimbap and ever since I've been dying to try and replicate it. =P

The MR, Munchkin and I don't eat at the dinner table together. I often eat standing in the kitchen while the MR takes his food in front of the computer and Munchkin eats on the coffee table while watching Special Agent Oso. =P We're all on different schedules.

SOOOO - the MR and I got to talking and decided that we will eat together at least on the weekends......even if it kills us. So far, so good. The first time we did it, Munchkin said, "Why we eating at the table Mommy?" hahaha. Yah, I felt really bad after that.

Anyhow, for breakfast/lunch I made the steak bibimbap I mentioned yesterday. 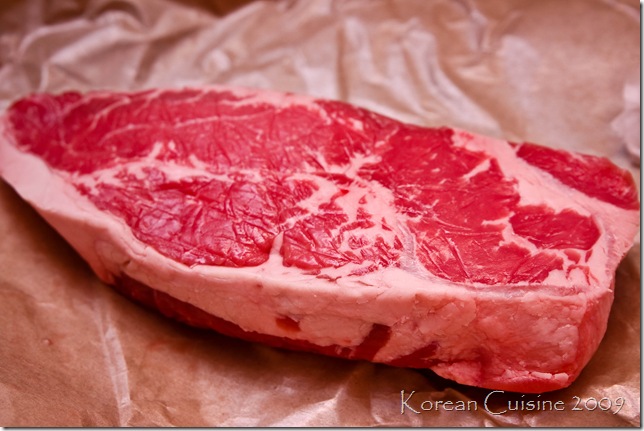 Ever since the cancer diagnosis, I've been trying to cut down on meat consumption and if we do eat meat, I make sure it's organic. It's a little pricey, but since we only eat it maybe once a week our grocery bills haven't gone up much. 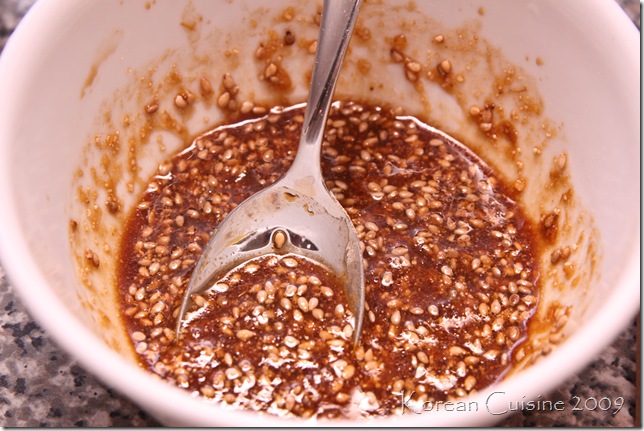 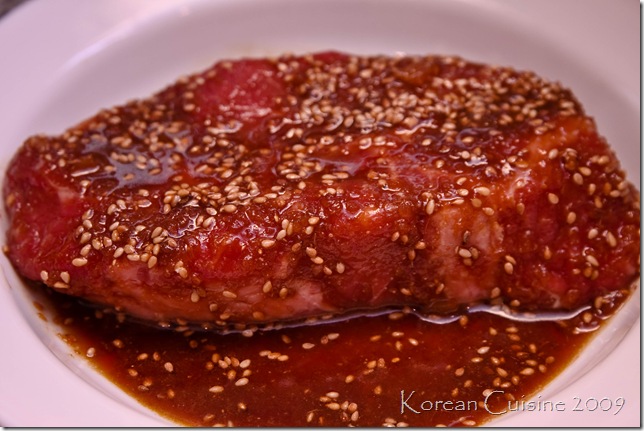 Thoroughly coat the beef (this is a little more than 1/2LB of NY steak) and let sit while you prep the other food. 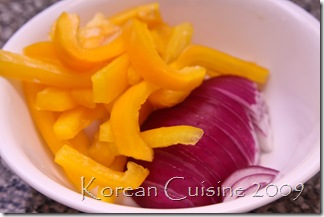 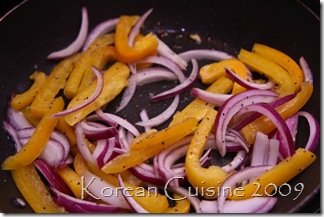 Grab some bell pepper and onions and stir fry with some olive oil and a dash of lemon pepper. 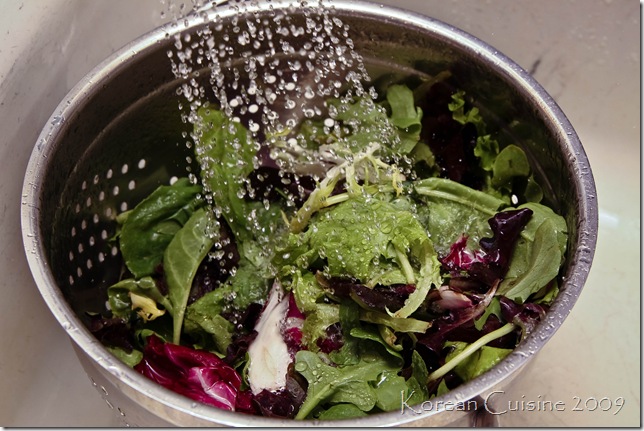 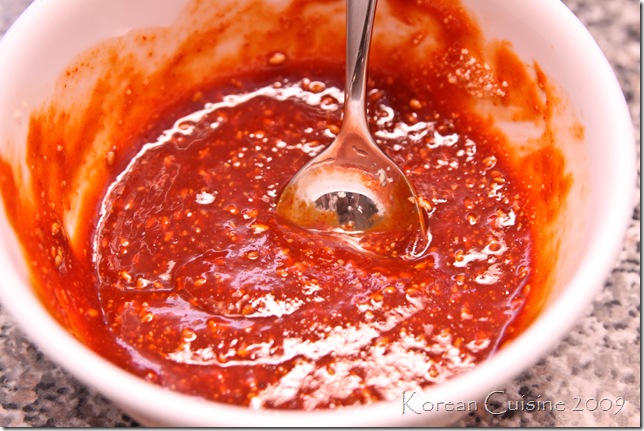 And mix the following for the bibimbap sauce: 2TB red pepper paste, 2TB rice wine, 1.5TB honey powder, 1TB sesame seeds, 1/2TB sesame oil, and 1/2TB vinegar. (If you have some sprite/7-up, add a splash of that as well). 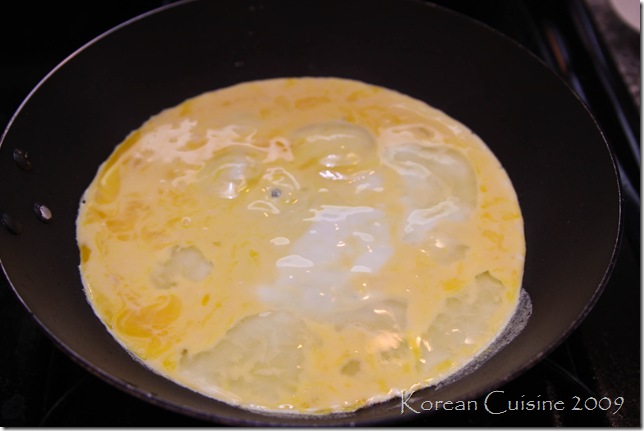 Fry two eggs and slice them up thinly... 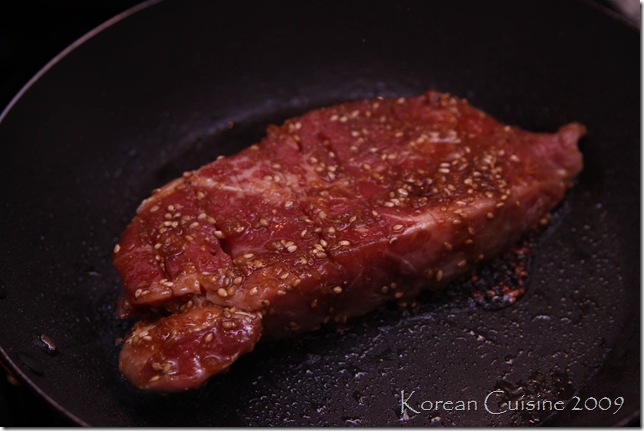 Then grill your steak until it's well done. 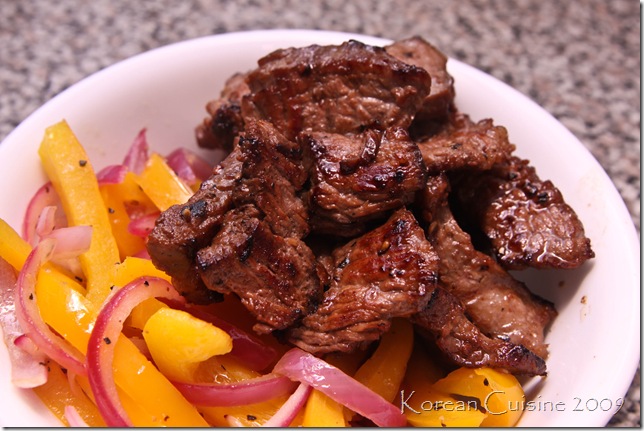 Slice the steak into thin pieces and set it aside as well. 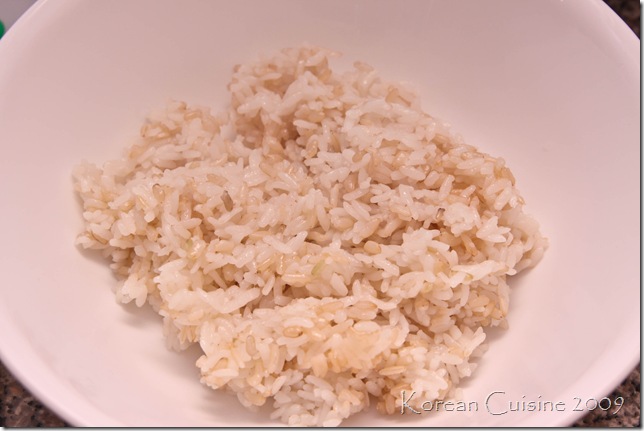 You're now ready to assemble. First plate your rice at the bottom of a large bowl. 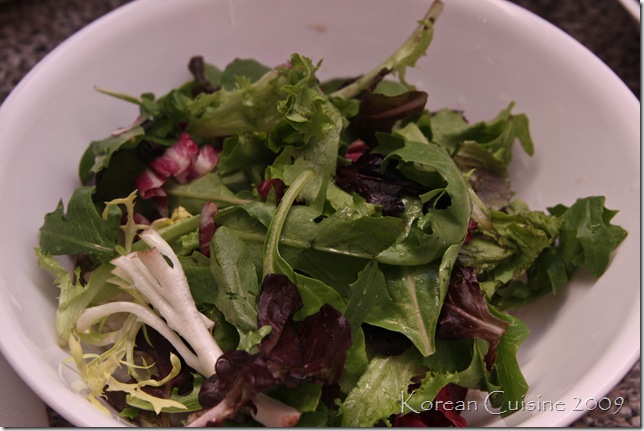 Layer the greens on top. At this point you can use some scissors to cut up the greens into smaller pieces. 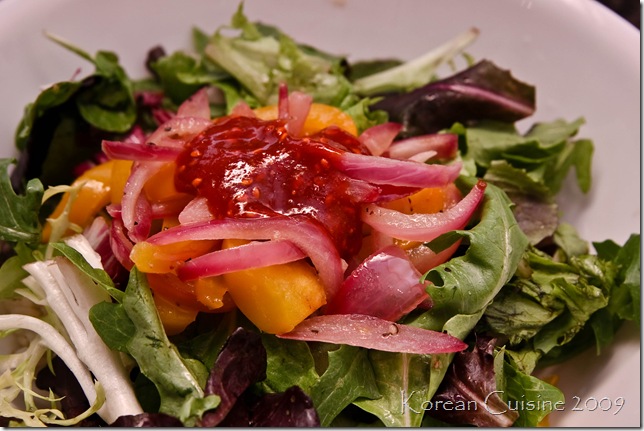 Plate the onions and bell pepper with a little bit of the hot sauce on top. 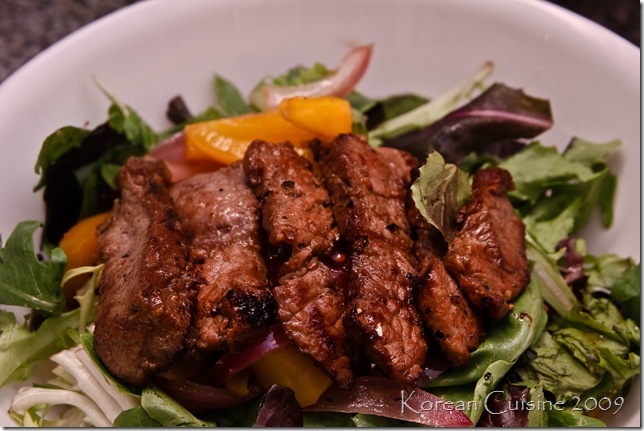 Add your steak pieces on top... 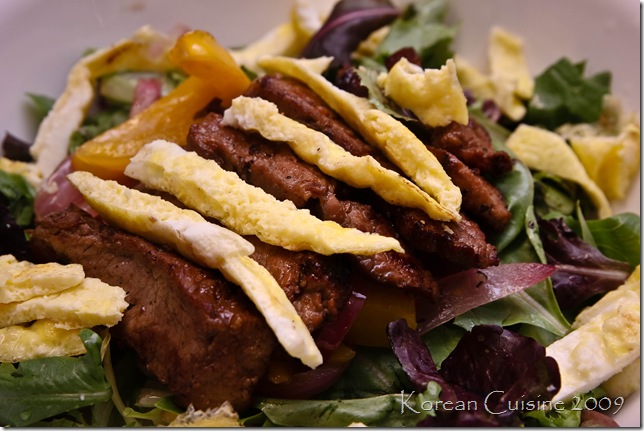 And then I threw on the eggs. 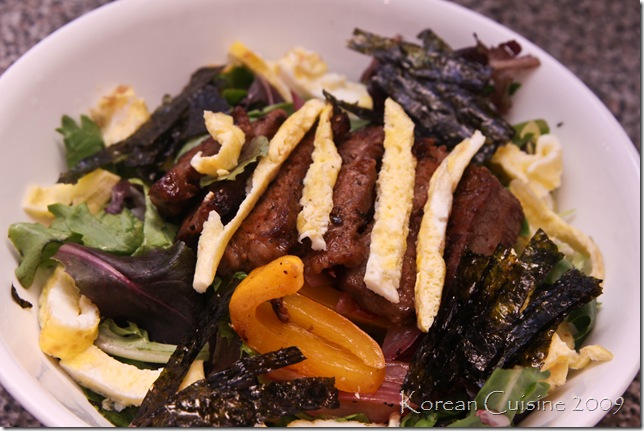 And I added gim as well. =P Before mixing, drizzle a heap of sesame oil on top and start mixing it around. 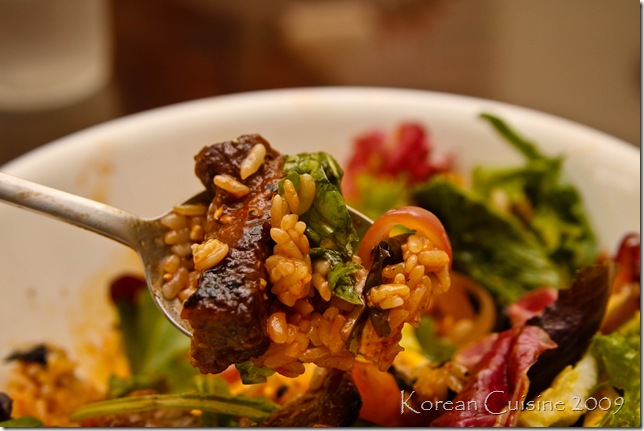 Add more hot sauce according to your own taste and you're ready to eat!

PS. My tolerance to spicy foods is slowly coming back. I still can't eat the rooster sauce, but kimchi and everything else in moderation no longer sets my mouth on fire. My biggest fear was not being able to eat spicy foods again so I'm happy. Each day my face is lightening up more and more and now I can go around without makeup. You can still tell, but it's no longer as red as it was in the beginning.