My friend and I were dining at Moo Dae Po II (I wonder why it got such a bad review on yelp?) the other week and they had this seafood noodle pot that they gave us at the end. They used thinner noodles at the restaurant, but kalgooksoo noodles is what I had in my pantry so it had to do. 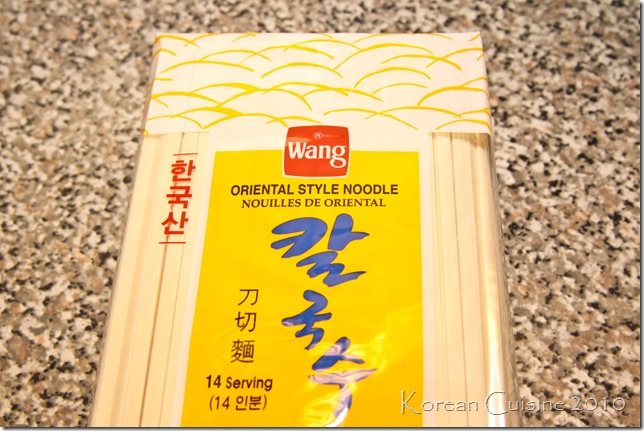 Not to be a noodle whore, but these didn’t taste that great.  =/  I would suggest choosing a thinner noodle instead just like they have at Moo Dae Po.  =P 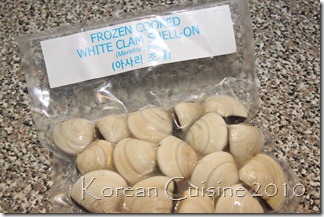 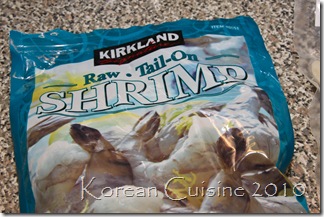 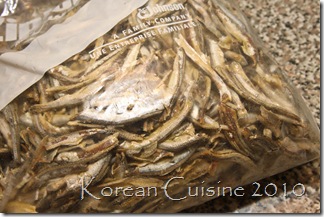 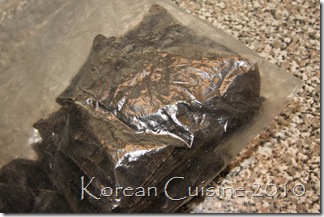 I used clams, shrimp, dried anchovies and dashima to make the broth. 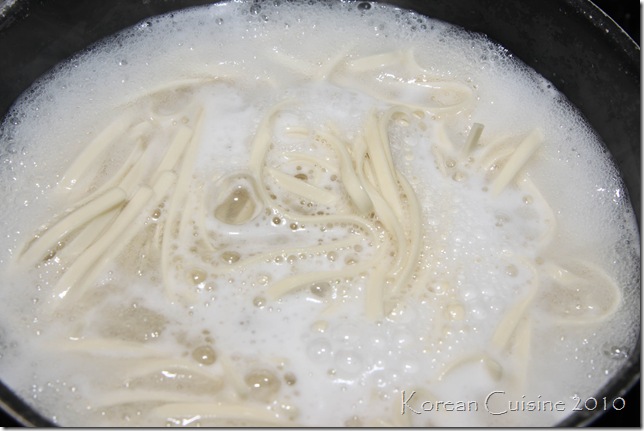 First start off by boiling your noodles about HALFway done in a pot. 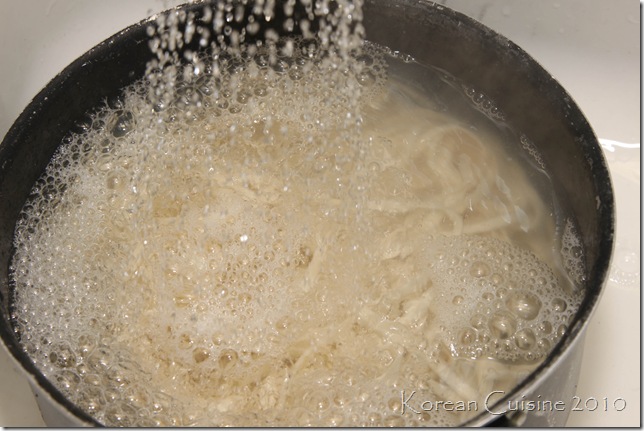 Rinse the noodles in cold water and let drain on the side. 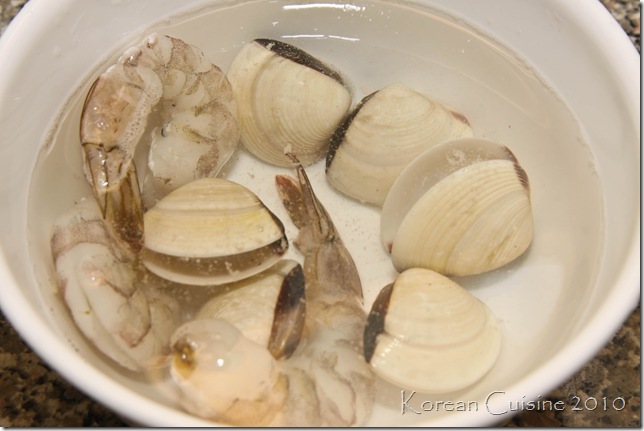 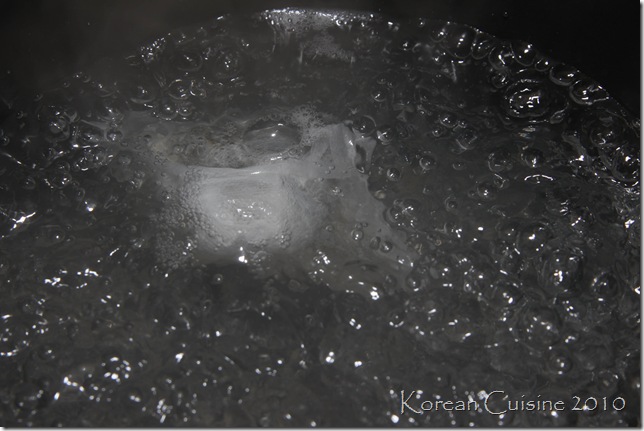 In about 7 cups of water, I added the anchovy and dashida packet. I probably used about 10 big anchovies and a 2 inch think piece of dashima (dried sea kelp). 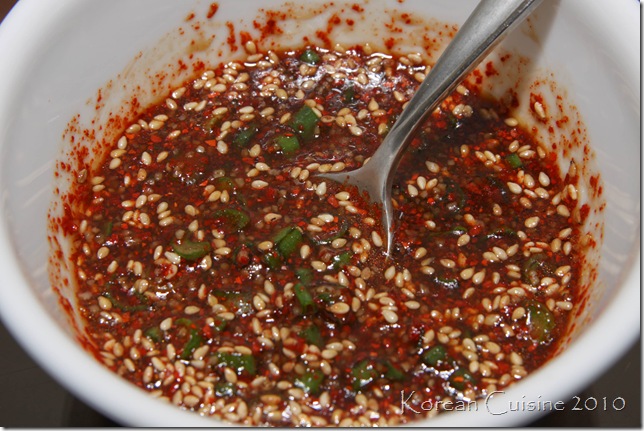 While everything is boiling, get your kalgooksoo sauce ready. Look about halfway down the page on the link and there is a recipe for it from a couple years back. 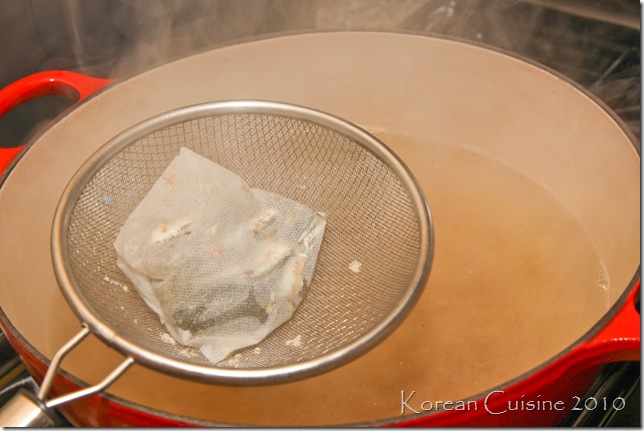 I then transferred the broth to a larger pot and strained it through this. I wanted to make sure none of that white foamy stuff went into the broth. 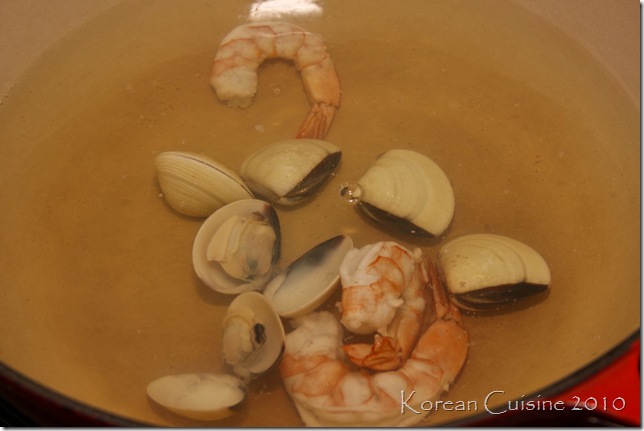 Throw in the seafood... 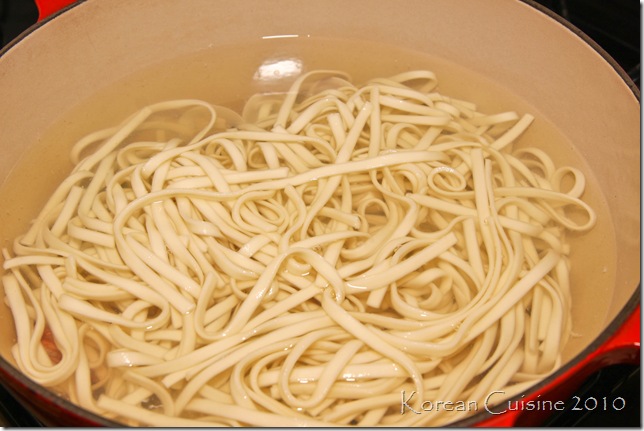 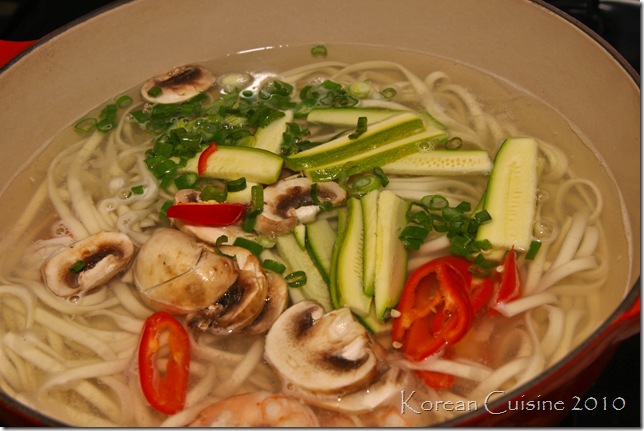 Top it off with some veggies such as: mushrooms, squash, red peppers, and green onions. 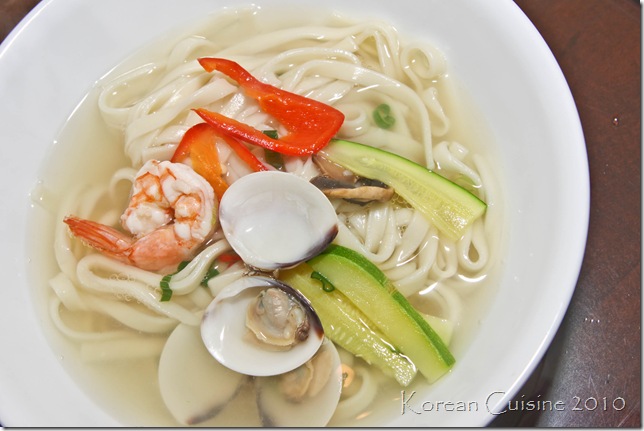 Let everything come to a boil until the noodles fully cook and you're ready to serve! Add some kalgooksoo sauce to your liking and dig in! 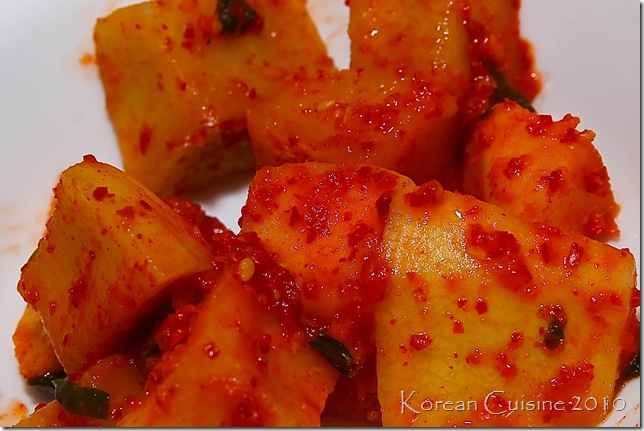 If you have some ggak ddoogi in your fridge, bring it out! I made SO many banchans this week that our fridge is overflowing. I even made bechoo kimchi on my own and I must say it came out pretty decent. One day I will write up a step-by-step how-to for kimchi. One day.