There are several ways to make egg jjim and I utilize the different ways depending on WHEN I'm going to eat it. I made this version of egg jjim today because I woke up at 6am and knew the MR wouldn't get to eat his breakfast until hours later. 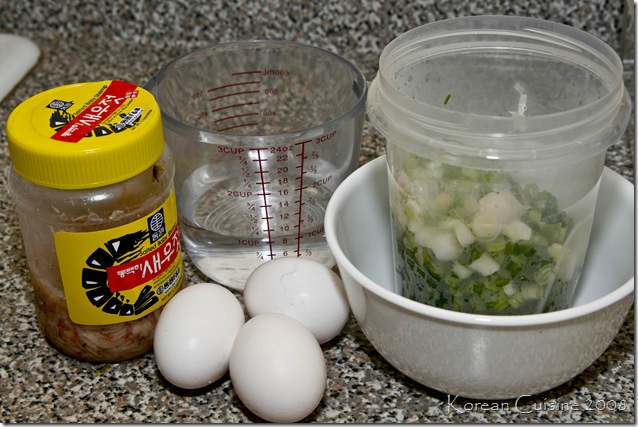 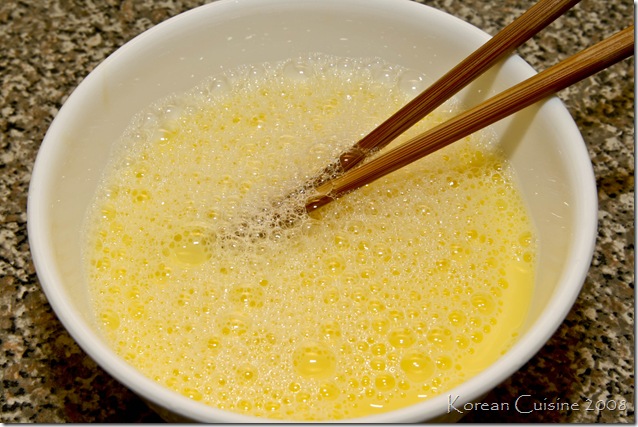 Start by mixing the eggs and water thoroughly in a microwave safe bowl. Use a bowl that you really don't care for because you're going to be boiling the bowl. 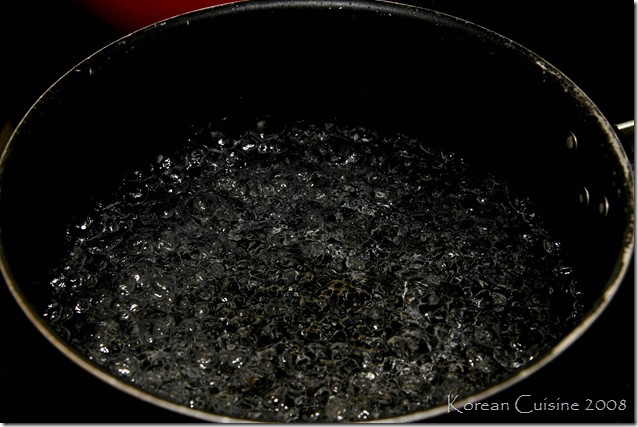 Meanwhile, bring a pot (with lid) of water to a boil. 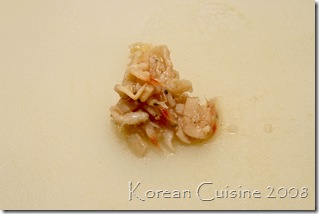 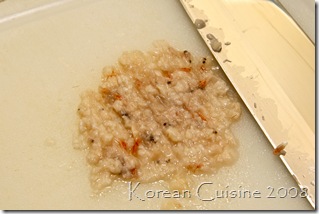 Then get about 3/4 TB of shrimp jut and chop it up finely. If you're nervous about using shrimp jut, you can just substitute it with salt instead. No biggy! I know a lot of people don't like seafood, especially creepy, little looking shrimpies such as this. 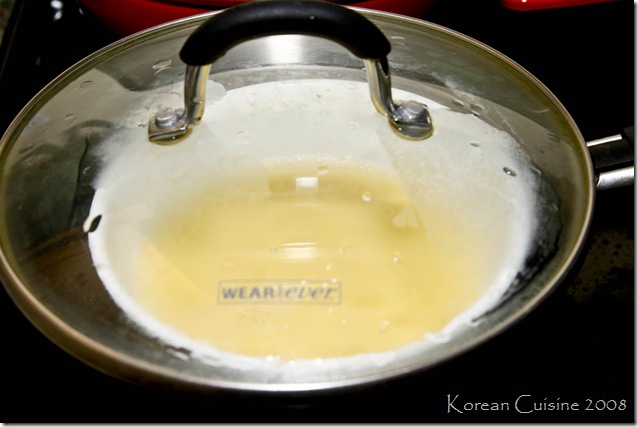 Then place the bowl in the boiling water and close the lid. It helps to have a clear lid so you can see what's going on inside. Boil it on medium heat, because if it's too strong the water will boil over and INTO the jjim. 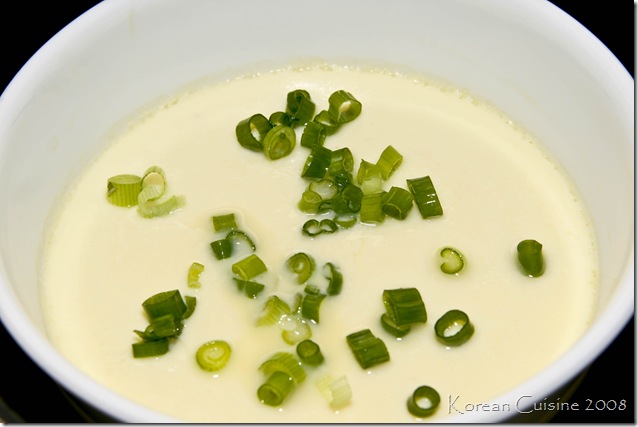 When the top layer becomes hard, throw in a handful of green onions... 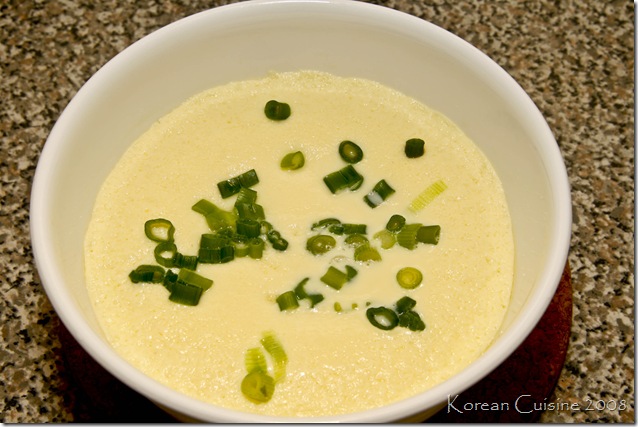 Then close the lid and boil for about 15-20 more minutes. When the edges start to boil up like shown in the bottom picture...you're all done! What I like about this method for egg jjim is that it can be eaten hours later and it still keeps it's flavor and shape. You can even sack it into your toddler's lunch. 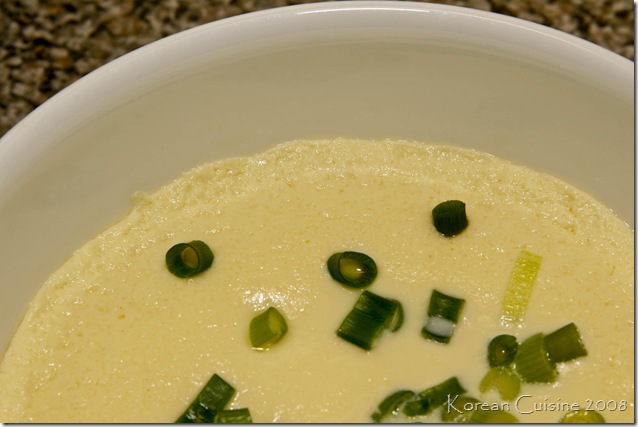 There are a variety of ways to make steamed egg and this is just one of them.  I’ll show you the other ways some other day.  Enjoy!

Posted by Korean Cuisine at 9:33 AM

Email ThisBlogThis!Share to TwitterShare to FacebookShare to Pinterest
Labels: Side Dishes (Banchans)