To accompany the steaks, I also made some salsa. This is just a basic salsa recipe that I'm sure everyone already has a variation to, but I thought I would share this anyhow. =) 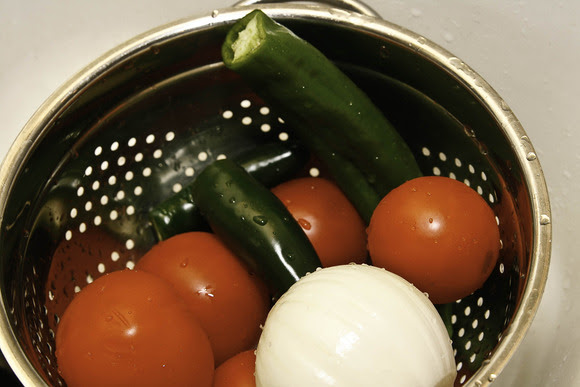 I used about 1 lb. of tomotoes, 2 jalapenos, 1 large white onion, 10 garlic cloves, 1 bunch of cilantro, 1 lemon (and lime if you prefer) and 1 Anaheim chile (so it said at Ralphs). 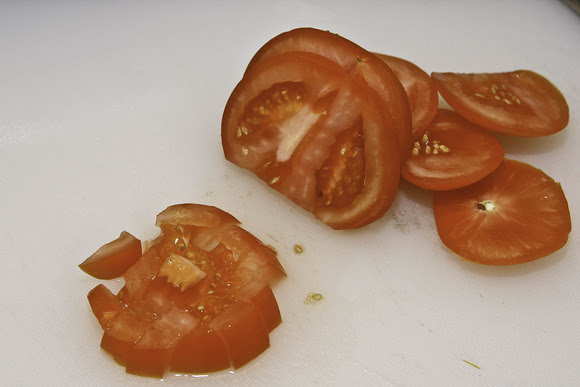 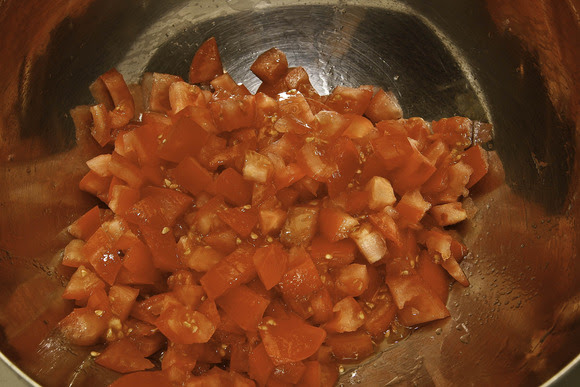 Begin by chopping up your tomatoes like so and adding them to a large mixing bowl. 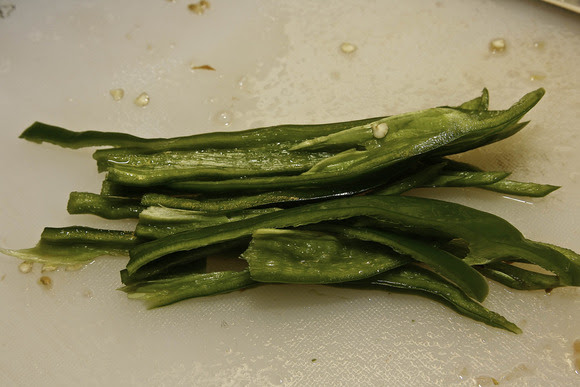 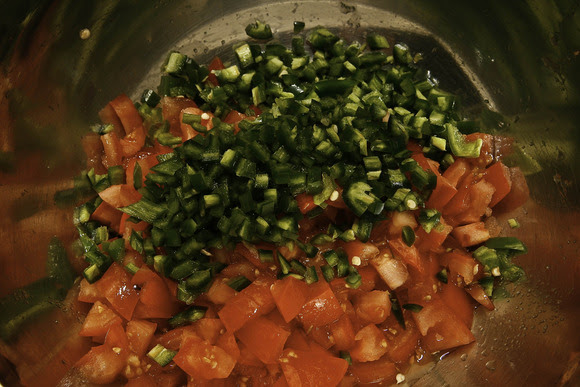 Finely chop all your peppers (I like de-seeding them, because when they're raw like this it has quite a bit of kick...even for my Asian tastebuds) and add them to the mix also. 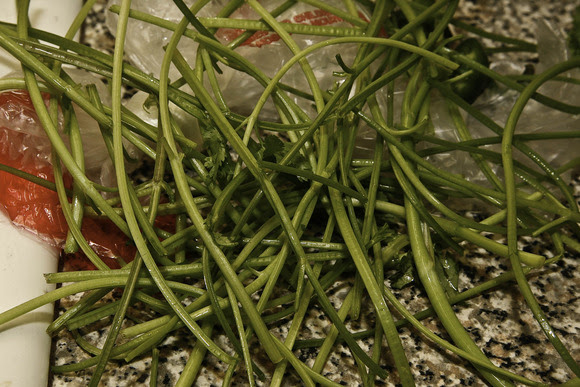 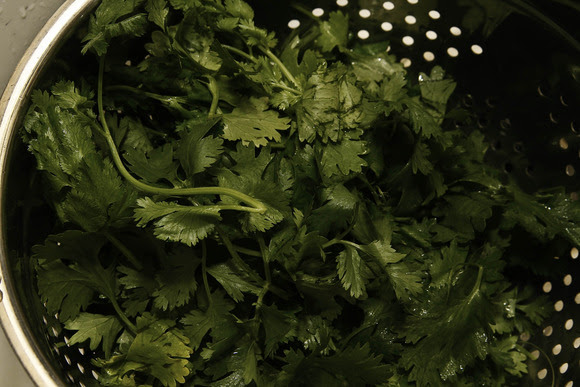 I actually prefer to destem 1 bunch of cilantro (if you're lazy, you don't have to) and then I add it to the mixture. 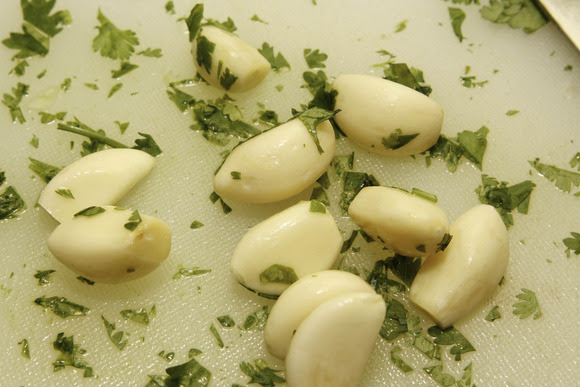 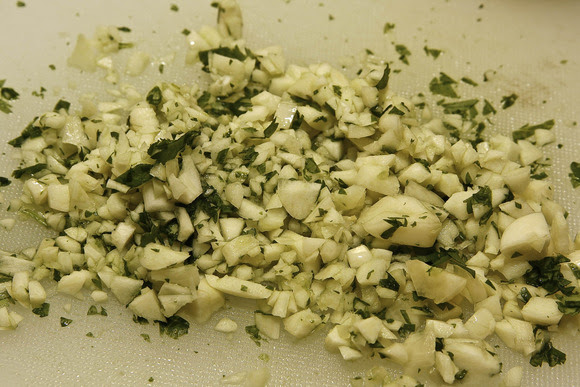 Finely chop up your garlic and add it also. 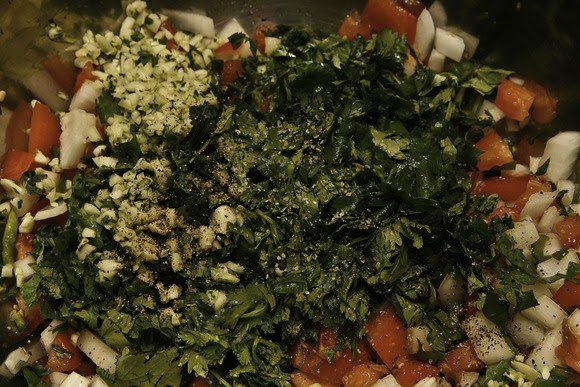 Chop your onions and throw that in as well... 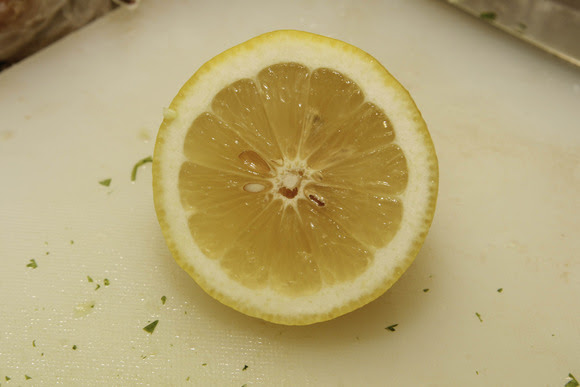 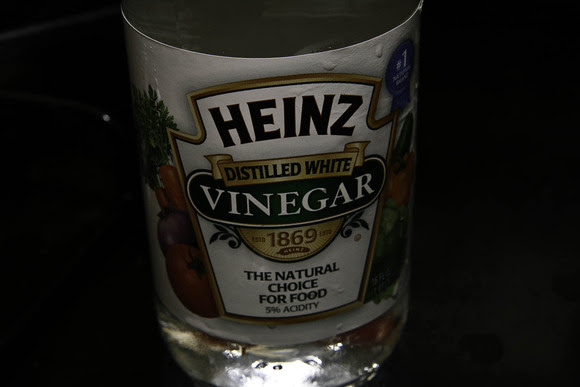 Then I added the juice of 1 whole large lemon, 1 TSP of salt, a dash of pepper and 2 TB of vinegar. 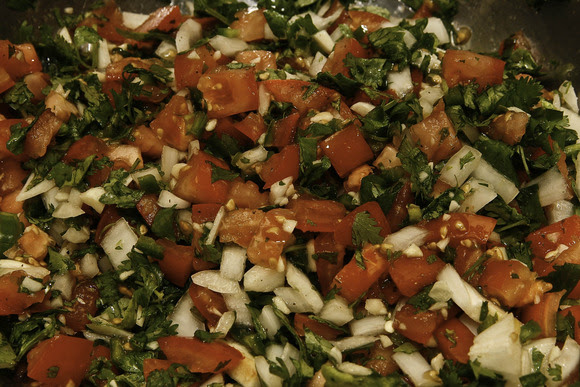 Mix everything around thoroughly and you're ready to serve!


I actually didn't have time to write down and take pictures of the rest of the food that we had for dinner, so the creamed corn, Sangria and basmati rice (Persian style) will have to wait until the next time. Even when cooking non-Korean food, I still don't really use measurements and such so there's no way of me explaining things unless I actually make it and MEASURE each thing out. Until next time!
Posted by Korean Cuisine at 9:42 AM