I wanted to make something new tonight, so I decided to put a spin on an old classic. I love soo-je-bi, but hardly make it because I get sick of kneading the dough. Anyhow, normally I just use a basic anchovy broth to make soo-je-bi, but tonight I thought I would experiment and add some kimchi and other stuff. It never hurts to have a little spice in life~ 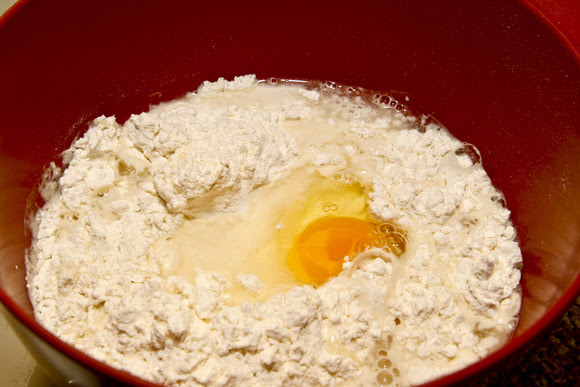 In a mixing bowl add 4 cups of flour, 1 egg, and about 1 cup of water and knead it into dough. Add the water a little bit at a time and just bring it to a play dough consistency. 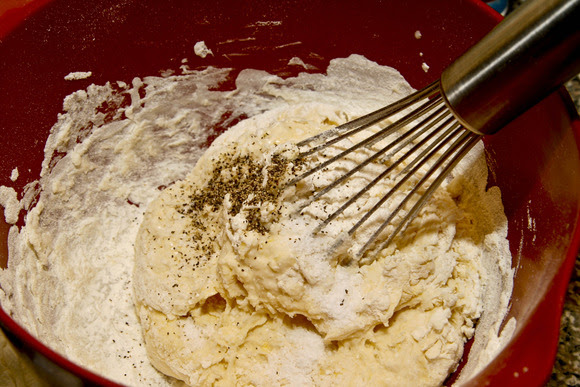 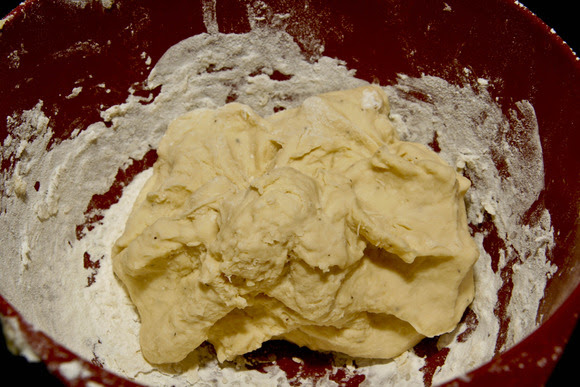 After it's all kneaded, place it into the fridge until you need it later...this will make the dough more chewy and YUMMY. 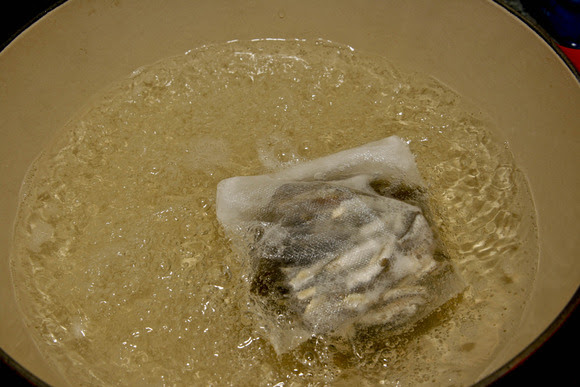 In a pot, bring 6 cups of water to a boil and add about 10-15 dried anchovies (large) and a few big pieces of dashima. Let it boil for at least 30 minutes (if not LONGER). 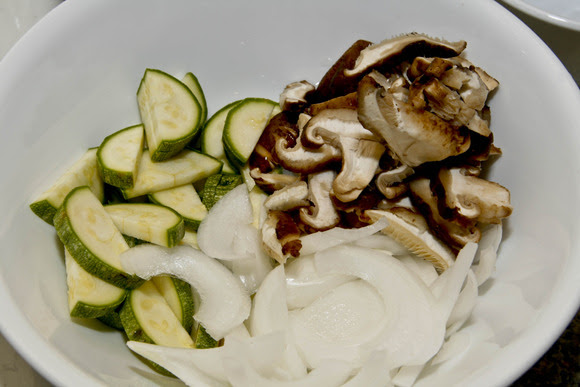 While the anchovy broth is boiling...chop up the vegetables. I actually didn't have any potatoes in my fridge today, but pretend it's just there! ;) 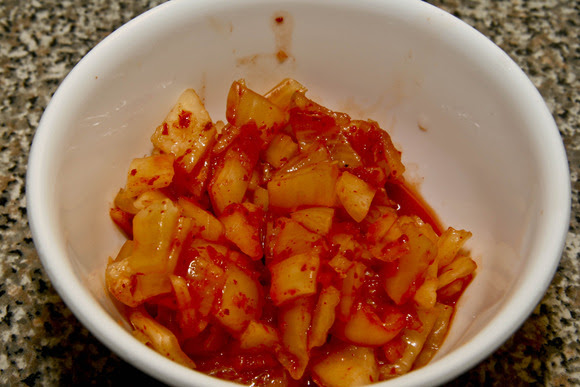 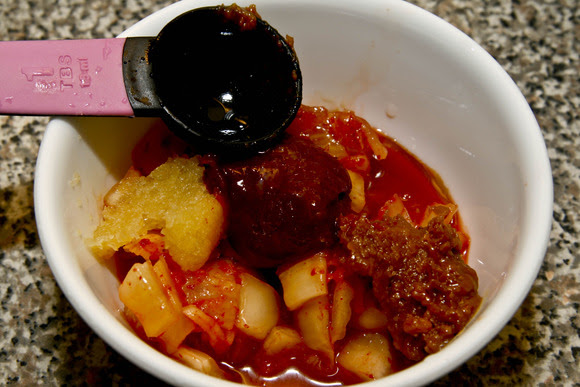 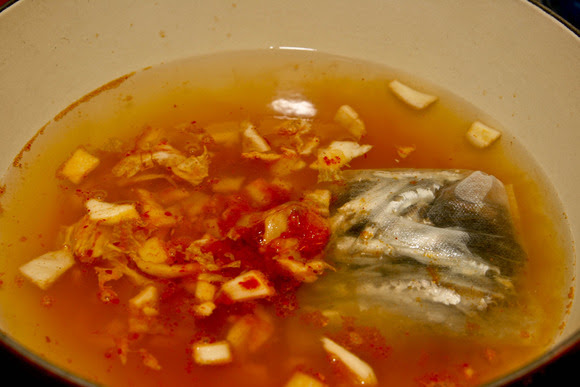 Add this to the anchovy broth that has been boiling and bring all of it to a strong boil for a few minutes. Then add the onions, mushrooms, and potato, but save the squash for later. 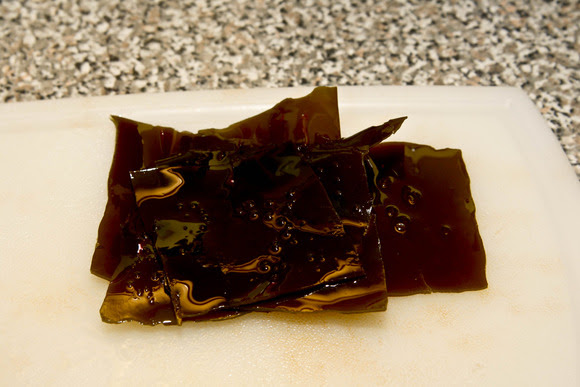 Finally remove the anchovies and dashima and you can throw it away....OR. 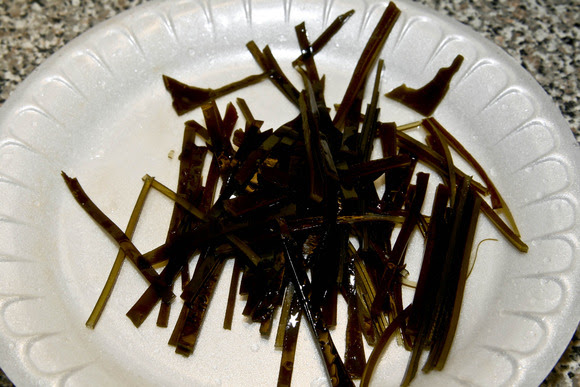 The MR and Munchkin both LOVE dashima, so I removed that from the pouch, rinsed it, and then sliced it thinly and added it back to the broth... 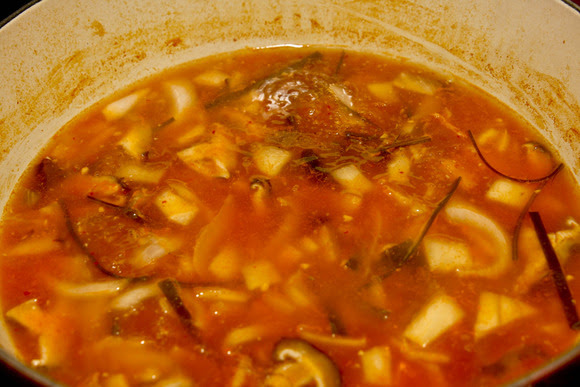 Reduce the heat to low....and then get your dough out of the fridge and start pulling small pieces off and into the broth. 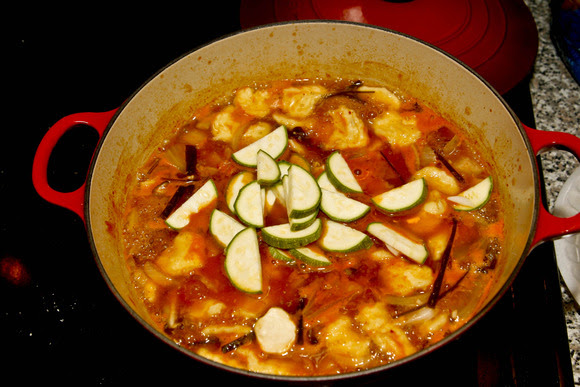 When you're about halfway through with the dough, add the squash and then finish up the dough pieces and bring everything to a boil for about 5 minutes. 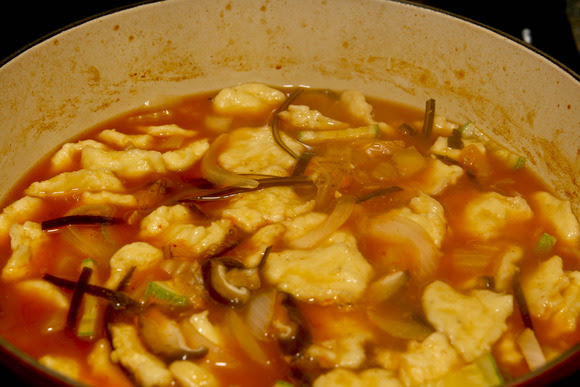 The pieces of dough shouldn't be too big. Try to make them bite size... 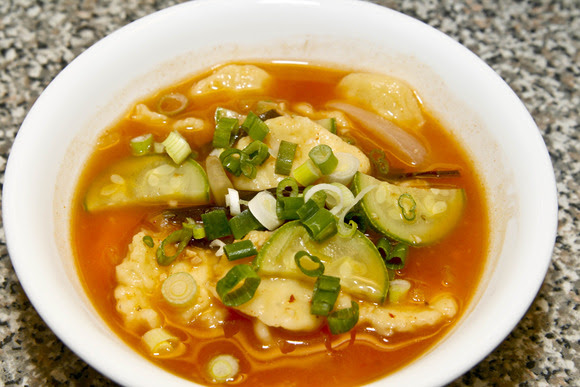 Then you are finally ready to serve! You can garnish with green onions..........(this was my bowl) 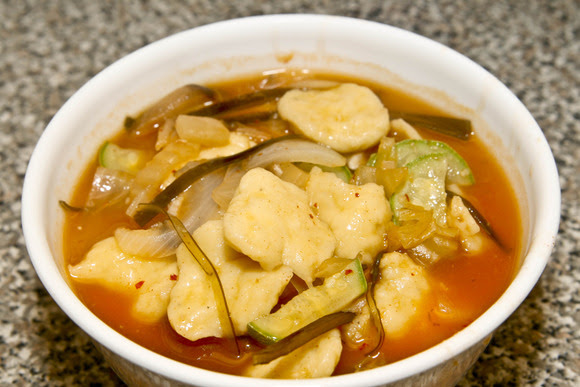